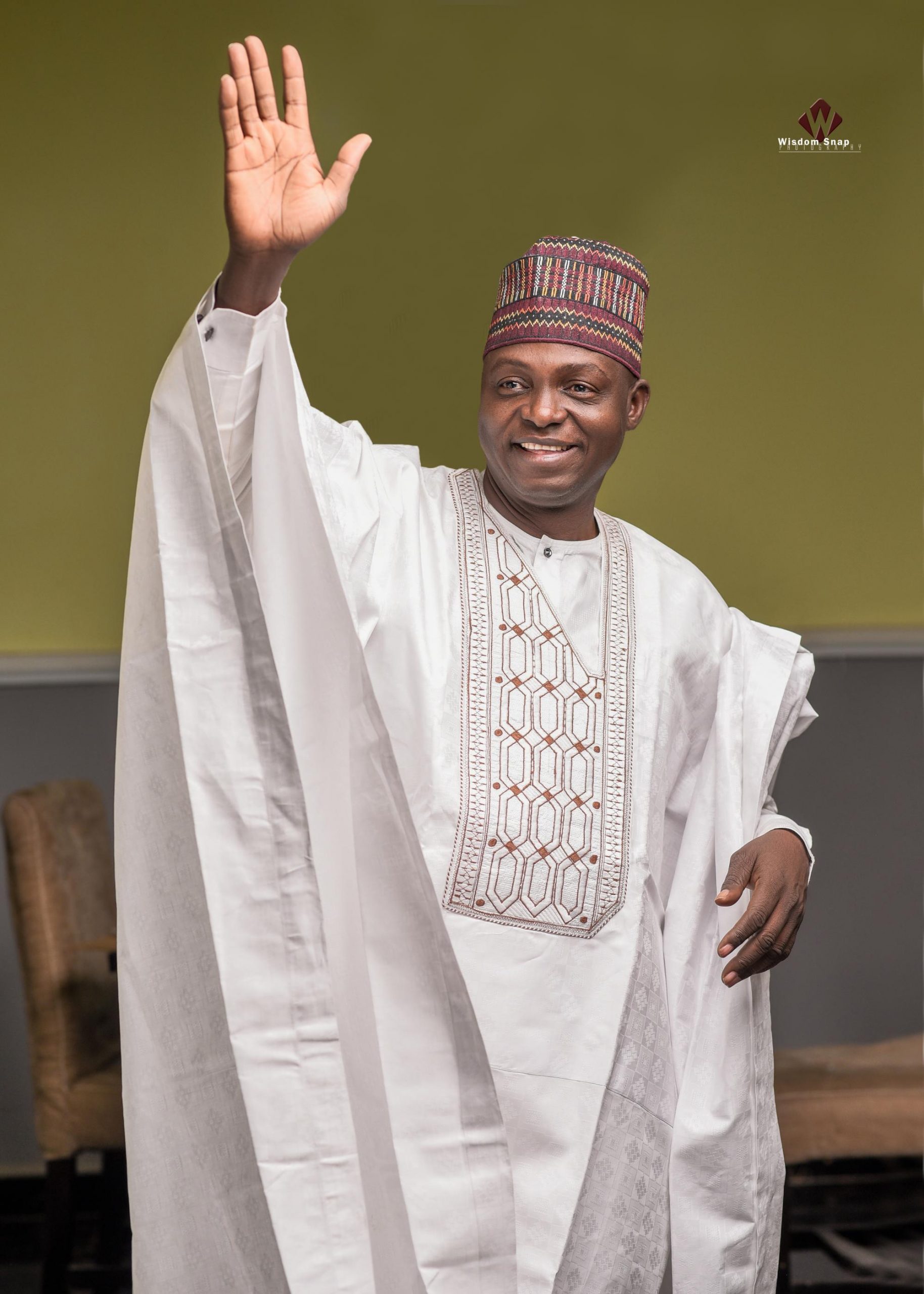 Dr Nentawe Goshwe Yilwatda is a digital system and energy engineering expert, a community developer and a lecturer with Federal University of Agriculture, Makurdi with over 29 years of experience working as a consultant with the international development partners, and the public and private sectors. He was born in Dungung, Kanke LG to the family of a clergy, Late Rev and Mrs Toma Yilwatda on the 8th of August, 1968. Dr. Yilwatda’s educational career started with him passing the First School Leaving Certificate at LGED Primary School, Dungung in 1981 and GCE (O/Level) in 1986 from the prestigious Boys’ Secondary School, Gindiri. He got his First Degree in Electrical/Electronic Engineering in 1992 from Federal University Agriculture, Makurdi and his Master of Engineering and PhD from ATBU Bauchi and University of Nigeria, Nsukka respectively where he specialized in Digital systems engineering. He was also trained by the United Nations University International Institute for Software Tech., Macau, China on Building Electronic Governance Structure. In addition, he received expert training from Association of African Universities (AAU) on Sustainable Development in Africa using Higher Education and was part of the implementation team. He has received specialized training from AfriNIC, Mauritius and NetTel@Africa, Nairobi Kenya that helped in the early transition of Internet Protocol Address Users in Africa, and Capacity Building and Knowledge Exchange in ICT Policy, Regulation and Application. In addition, he has been trained by MacArthur Foundation USA, KFI International, National Universities Commission, Association of Vice-Chancellors of Nigerian Universities, Education Trust Fund, UNDP and the World Bank..

Dr Yilwatda started his working career as an Assistant Lecturer in 1995, in the Department of Electrical/Electronic Engineering, Plateau State Polytechnic, Barkinladi after which he moved to Federal University of Agriculture, Makurdi as a Graduate Assistant in 1996. In the University system, he has over 25 years of teaching, research and project implementation in the areas of software engineering, sustainable development using passive and active renewable energy technologies. He served the University for 12 years as the pioneer Director of Information and Communication Technology, and member of the University Senate in addition to serving in many committees both in the University and at the national level. He has been honoured by the University as the best staff of the year, best Director of the year and also a national project award winner among many other awards. He has also graduated many Masters and PhD students, and has many publications to his name. 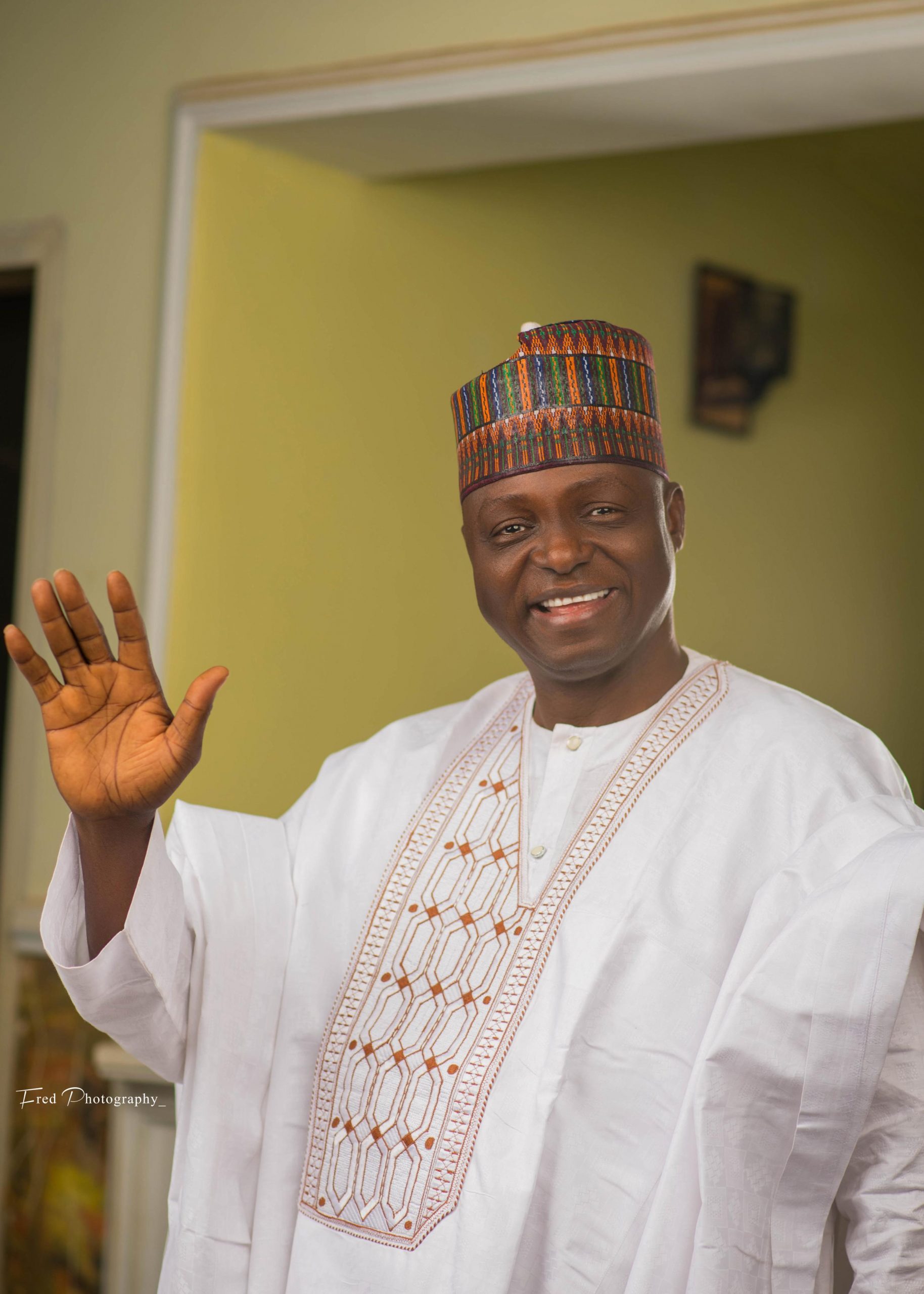 Nentawe has participated in some of the leading ICT reforms that enhanced transparency of government accounts and strengthened institutions. He was part of the experts that were engaged between 2003 and 2005 as consultants to work with Alteq Ltd/European Union to conduct a needs assessment and served as project consultants on the first Integrated Financial Management Information System for the Ministry of Finance, CBN, FOS, OAGF, Debt Management Office, OAuGF, National Planning Commission and Budget Office. This gave him the opportunity to have a firm knowledge of revenue and financial framework of Nigeria, the regulations, policies and opportunities. He was also part of the team that worked on the grant by World Bank to implement a Unified Network and ICT Solution for Nigeria Education and Research Network (NgREN) through the World Bank STEP-B project.

He was the lead consultant for UNICEF A – Field Office between 2005 and 2012 in a turnkey project that covered the design, training of Chain Officers and UNICEF Consultants, and installation of alternative energy sources for cold chain system for Enugu, Cross Rivers, Rivers, Akwa Ibom, Bayelsa, Benue, Ebonyi, Imo, Abia and Anambra states. This project in addition to the rich engineering experience, exposed him to the weaknesses inherent in our health and educational infrastructure especially in the North Central, South East and South South geographical zones. Dr Yilwatda was a member of the Federal Government Energy Research delegation to USA and Canada on two separate occasions to negotiate technology transfer and acquisition opportunities for Nigeria. He subsequently served in the implementation team of the Cuban Government/ECN programme that promoted energy Efficiency in Residential and Public Sector.

He was the lead consultant for Energy Commission of Nigeria, Abuja/UNDP that conducted the Energy and Economic Audit of 34 selected factories in Nigeria in addition to his experience in assessing the economic resources of some West African countries. He also served as a consultant for Gante Engineering on energy efficiency and power quality assessment of many factories in Nigeria. Dr Yilwatda was part of PAWA 774 project which is a private sector-led imitative to deploy clean, eco-friendly electricity that is connected using micro-grid to communities. He also worked with Tech-Ville USA to train 100 software and renewable energy engineers in Ondo state for international certifications and human capital export. He was appointed by Mr President in 2017 as a Commissioner with Independent National Electoral Commission and posted to Benue State as the Resident Electoral Commissioner in July 2017. As an INEC commissioner, he championed the IDP voting rights and was a member of the committee that developed the operational framework and guidelines for IDP voting in Nigeria. He spearheaded working with International Partners and civil society organizations to innovatively set up schools for IDP kids and empowered women with skills that metamorphosed into a cooperative to reduce poverty in the camps. He worked with the office of United Nations Representative to West Africa and the Sahel in Senegal and other partners to hold 66 town hall meetings to negotiations peace with critical political actors in Benue state which led to the first ever peaceful election since 1999.He was also part of the team that were sent on the study tour of the Independent Electoral Commission (IEC) of South Africa to study experiences and best practices as part of the preparation for 2019 general election. He was a member of the team that worked with clusters of people living with disabilities to develop operational framework and guidelines for PWDs.Dr Yilwatda is known for hard stand in supporting free, fair and credible election and has been drafted to participate in some of the most difficult elections across the country. Among them are Anambra state Governorship Election 2017, Recall of Senator representing Kogi West 2018, Osun Governorship election 2018, Benue state Presidential and Governorship elections 2019, Rivers state Governorship and House of assembly election 2019 and Cross River North Senatorial Election 2020.He is a lover academic development of his community and committed to building the younger generation by lifting them out of poverty. In the last 12 years, he has been providing scholarship and paying JAMB for 200 kids from Kanke and Pankshin annually in addition hiring teachers to train them. He supports those that pass JAMB to secure admission into higher institutions. In 2018, he trained 100 youths from Kanke and Pankshin in animal husbandry which was anchored by Veterinary Research Institute, Vom. All the trainees that participated in the 10 months internship were empowered to set up their piggeries. In 2019, he distributed 112 laptops to indigent students of higher institutions in Pankshin and Kanke. Nentawe is also the co-founder of Bikatki cooperative which supports rural poor farmers to access credit to expand their farms in order to reduce poverty and have sustainable income. He has spearheaded building of classrooms in primary schools for indigent and hard to reach communities, and also participated actively in the development of the community secondary school in his village.Nentawe is a registered Engineer with Council for the Regulation of Engineering in Nigeria (COREN), member Institute of Electrical and Electronic Engineers, member Nigeria Society of Engineers, member Solar Society of Nigeria and has enjoyed many awards and recognitions in the area of ICT and electronic engineering.He is a devoted Christian and a member of COCIN church. He is married to Dr Mrs Martina Yilwatda and the marriage is blessed with one boy. 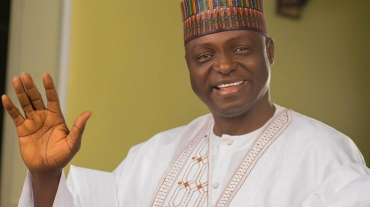