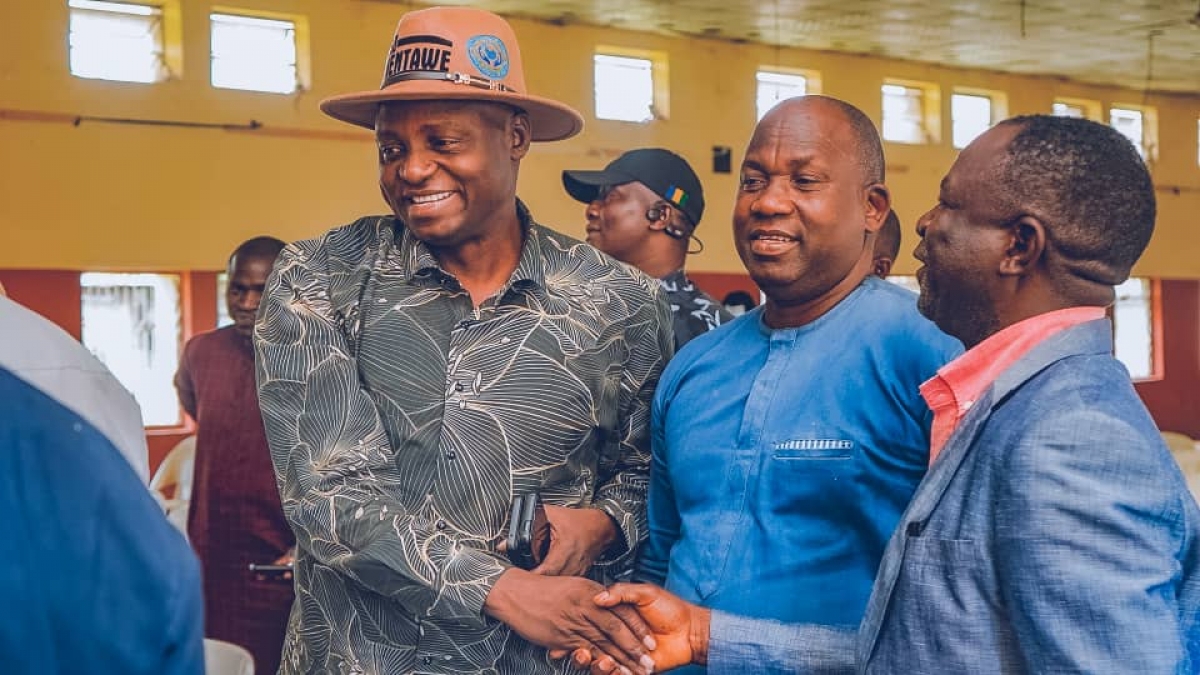 To further deepen consultation with different interest groups in promoting the Generation Next ideology, the APC gubernatorial flag bearer of Plateau State, Dr. Nentawe Yilwatda, yesterday met with distinguished academics from across all the tertiary institutions on the Plateau at the Azi Nyako Youth Center Dadin Kowa, Jos.

While presenting his manifesto to his colleagues from the academia, the professor of computer engineering and digital systems expressed his concern on the alarming state of poverty amongst Plateau people which has further polarized the security of the state, promising that when elected as Governor in 2023, his team will confront these challenges head on and proffer lasting solutions that would bring unity amongst the people.

Earlier, while giving his goodwill message, Professor David Wonnang from the University of Jos extolled the towering credentials and reputational posture of Dr. Nentawe Yilwatda as best among equals. He expressed confidence that the APC gubernatorial candidate will revolutionize governance and bring uncommon development in the state, noting that his background of excellence in all the places he worked including the academia, is enough reason for Plateau people to rally round Dr. Yilwatda.

Dr. Nentawe Yilwatda was accompanied to the meeting by his wife Dr. Mrs. Martina Yilwatda, his erstwhile campaign director Comrade Jibrin Bancir and host of other supporters.

The meeting ended with a unanimous decision by the scholars to support and mobilize votes for one of their own, Dr. Nentawe Yilwatda and ensure he emerged victorious at the 2023 polls.