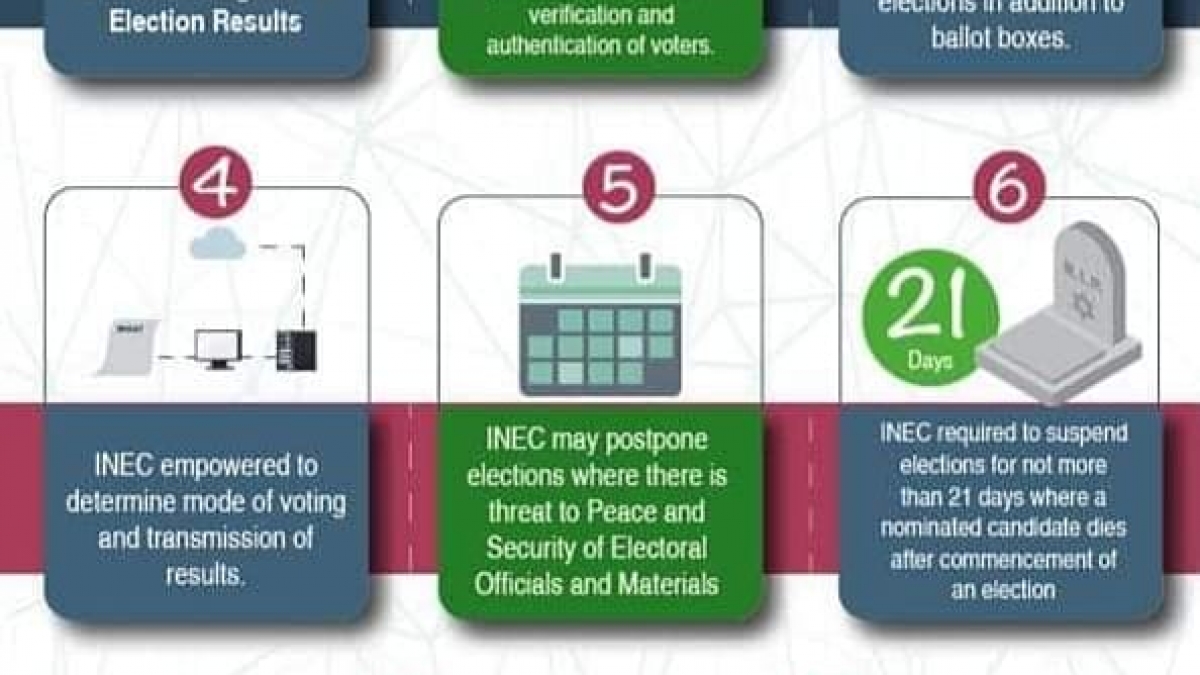 1. Clause 3(3) states that funds for general elections must be released at least one year before the election.

2. Clause 29(1) stipulates that parties must conduct primaries and submit their list of candidates at least 180 days (6 months) before the general elections.

3. Clause 34 gives political parties power to conduct a primary election to replace a candidate who died during an election.

6. Clause 51 says that the total number of accredited voters will become a factor in determining over-voting at election tribunals.

7. Clause 54(2) makes provisions for people with disabilities and special needs.

8. Clause 65 states that INEC can review results declared under duress.

9. Clause 84 stipulates that anyone holding a political office – ministers, commissioners, special advisers and others – must relinquish the position before they can be eligible to participate in the electoral process either as a candidate or as a delegate.